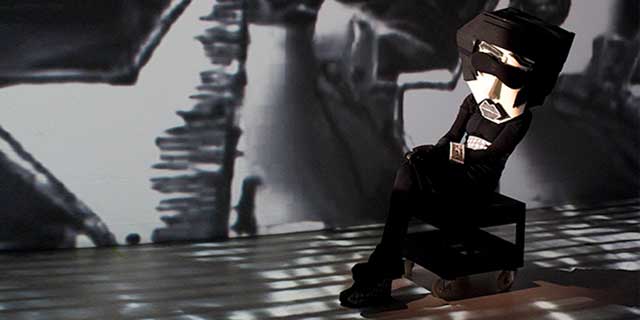 Electro acoustic composition and sound design for performance. In Valies (Suitcase) we explored the border region of comic strip, design, music and film. Whereas the previous production I made with Naomi, White Out, activated a sketchbook in a three-dimensional world of textile, Valies burrows its way down the rabbit hole of animation film.

Just as passers-by on the street or in stations sometimes seem to dissolve in their surroundings, so too the characters in Valies are swallowed up in the cinematic world around them. But at the same time they manipulate their environment in a direct and physical way by means of intelligent textiles and interactive sensors. Valies does not tell a straightforward story, but investigates how seemingly individual trails are interwoven in a world in which everyone is a passer-by. By means of everyday signs and symbols like clothing and commonplace utility objects, your imagination gradually takes wing. You disentangle a patchwork of impressions and stories by following a thread which inevitably leads back to you.

We tried to explore & research the possibilities of wireless sensors and how to use them on stage for controlling image and sound. We used Xbee’s and a software environment created by Marije Baalman fom sensestage. I used Max MSP and max for live to make my sounds interactive. Many thanks goes to Elias Heuninck as a patient max-teacher & problem solver. 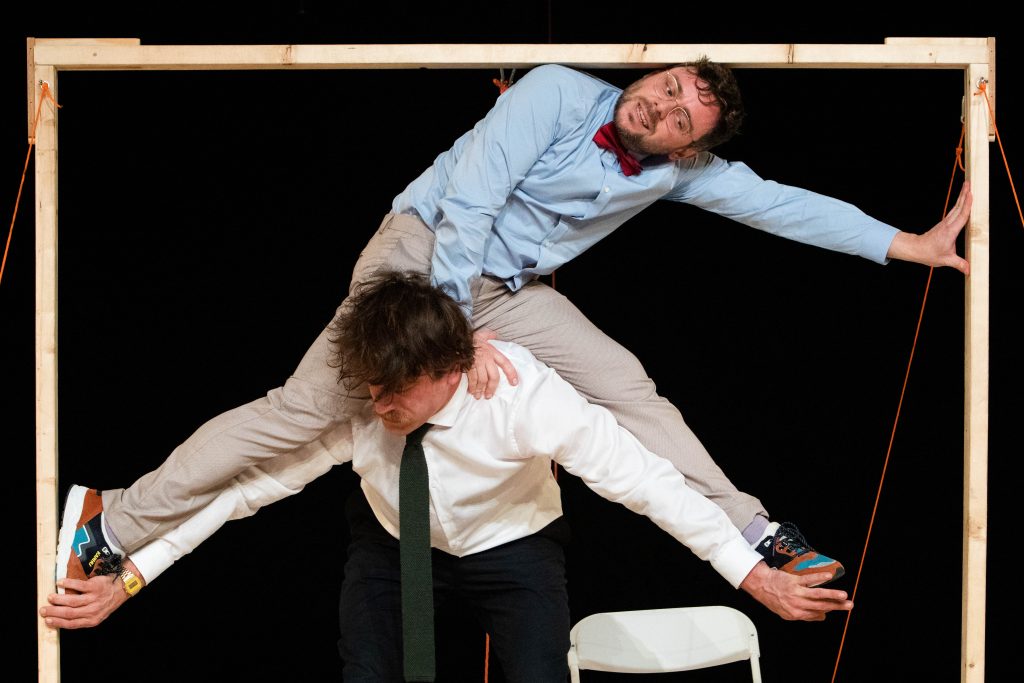 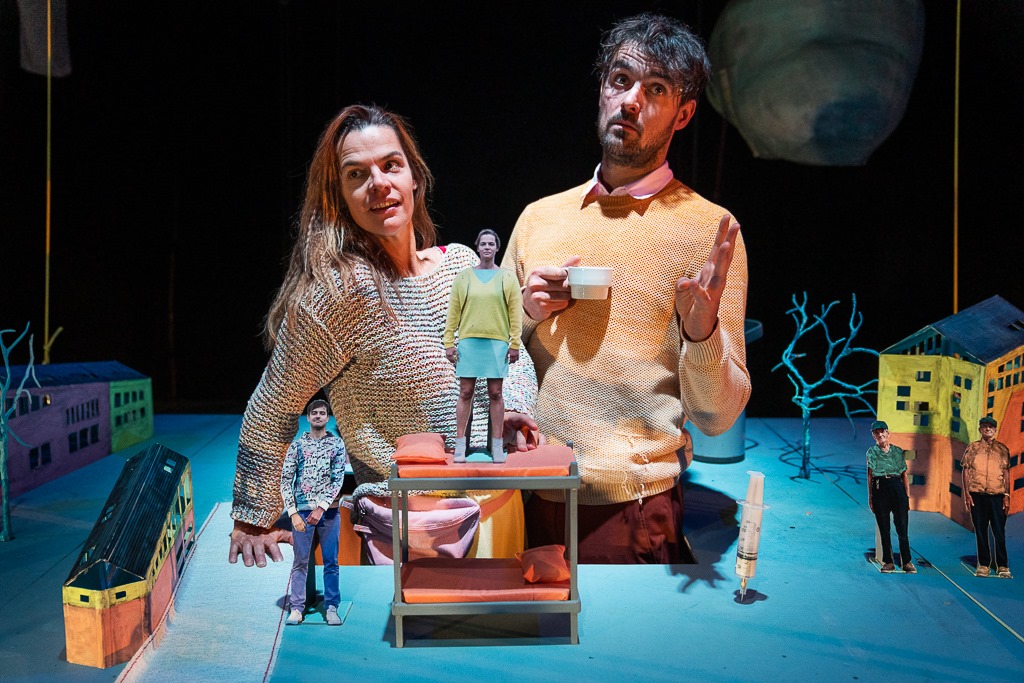 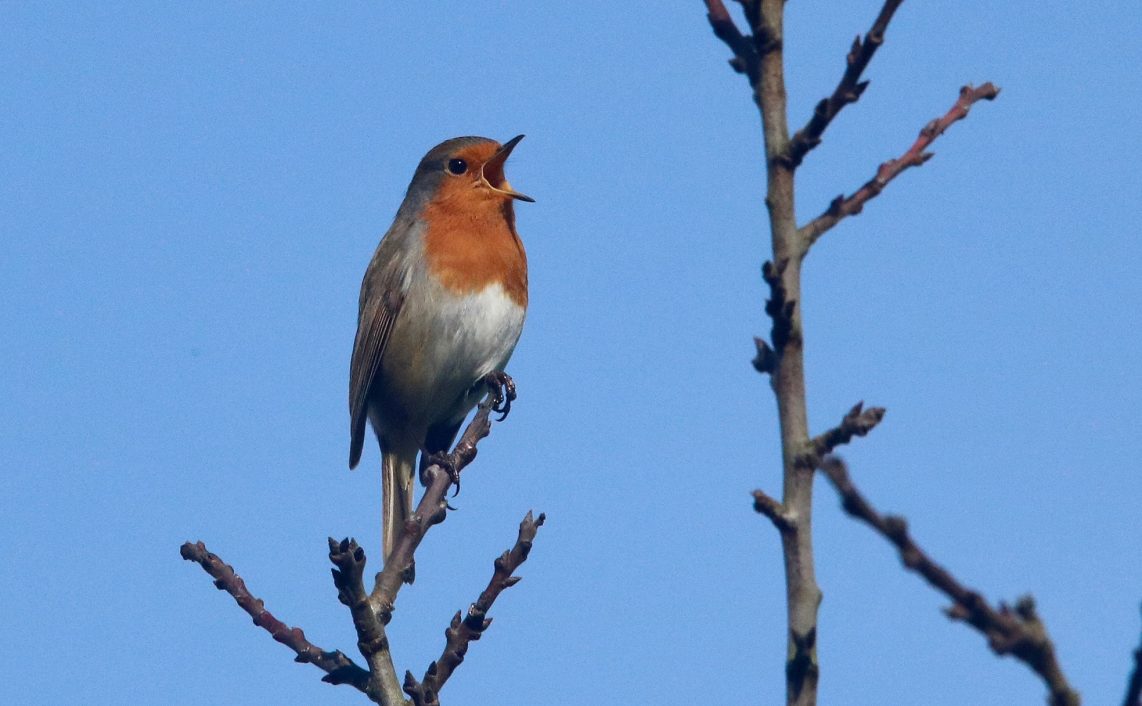 a piece for choir and birds ______ I worked with Stevie Wishart on the soundscape for a piece that she composed for the choir Ex Cathedra. ‘Voicing the Dawn’, a new piece for vocal consort or chorus, has been performed by Ex Cathedra under Jeffrey Skidmore on 6 Jun at Hereford Cathedral and through the … 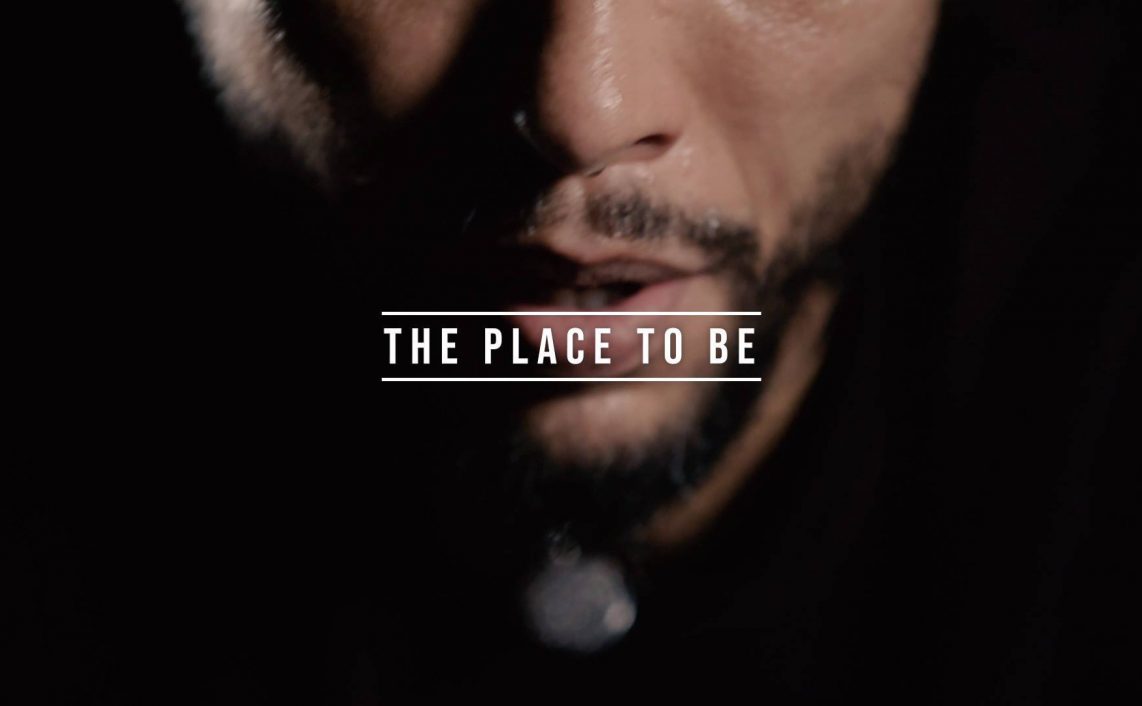 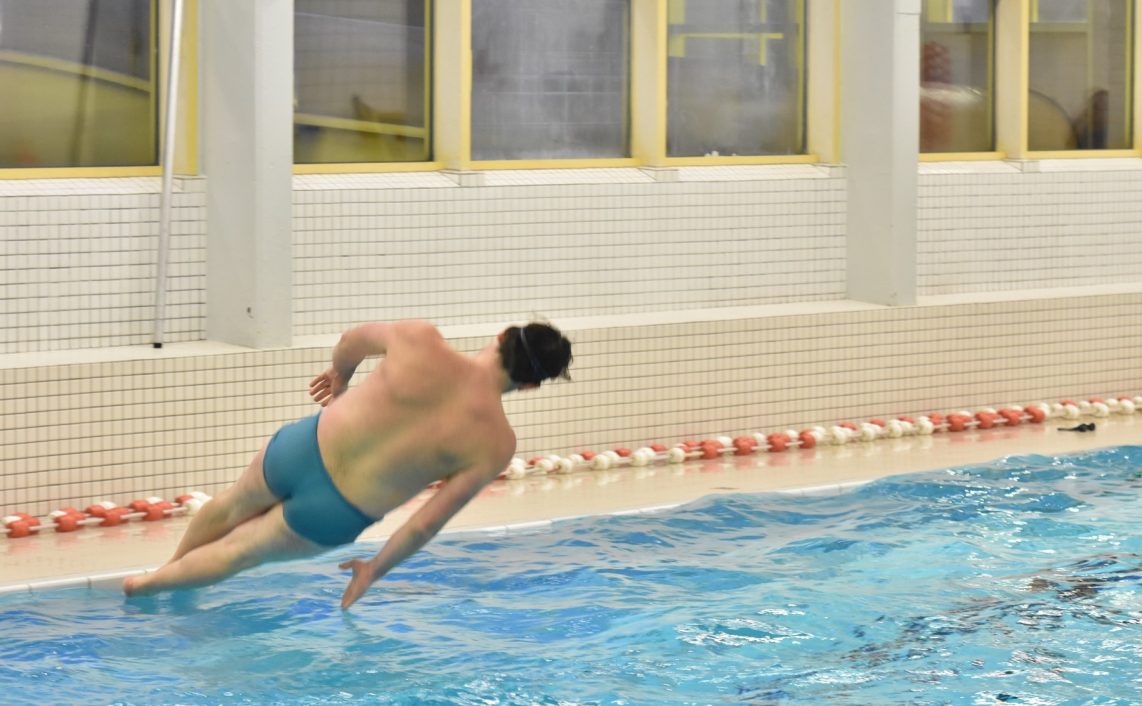 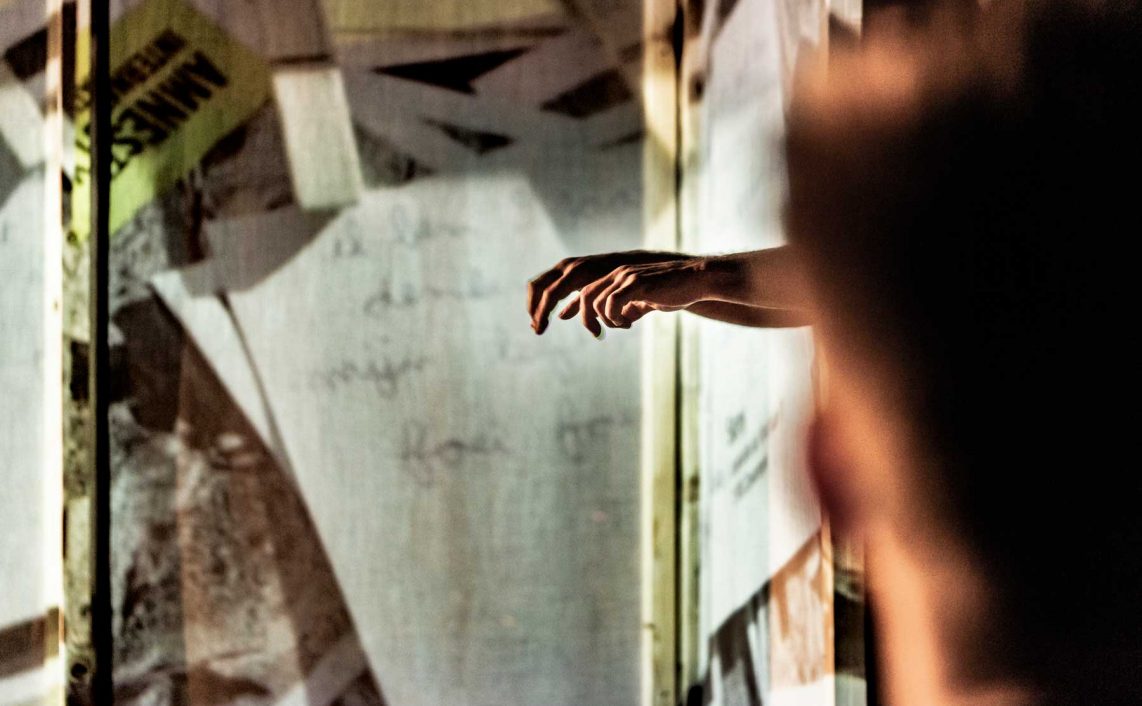 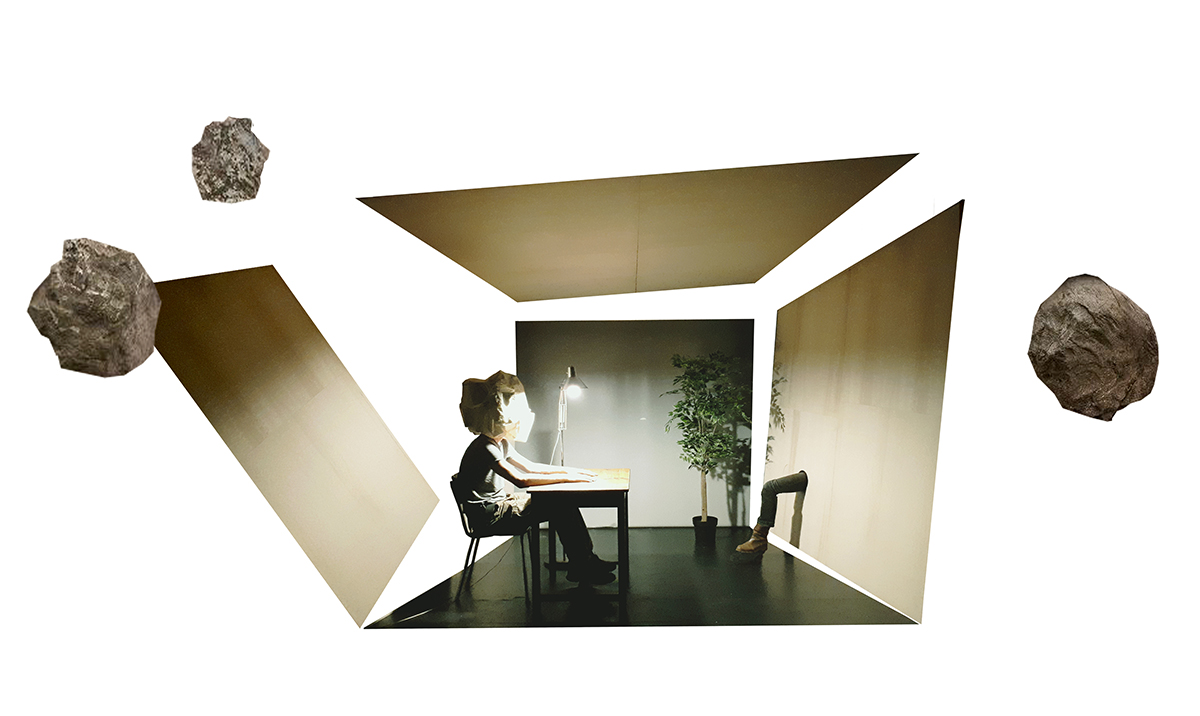 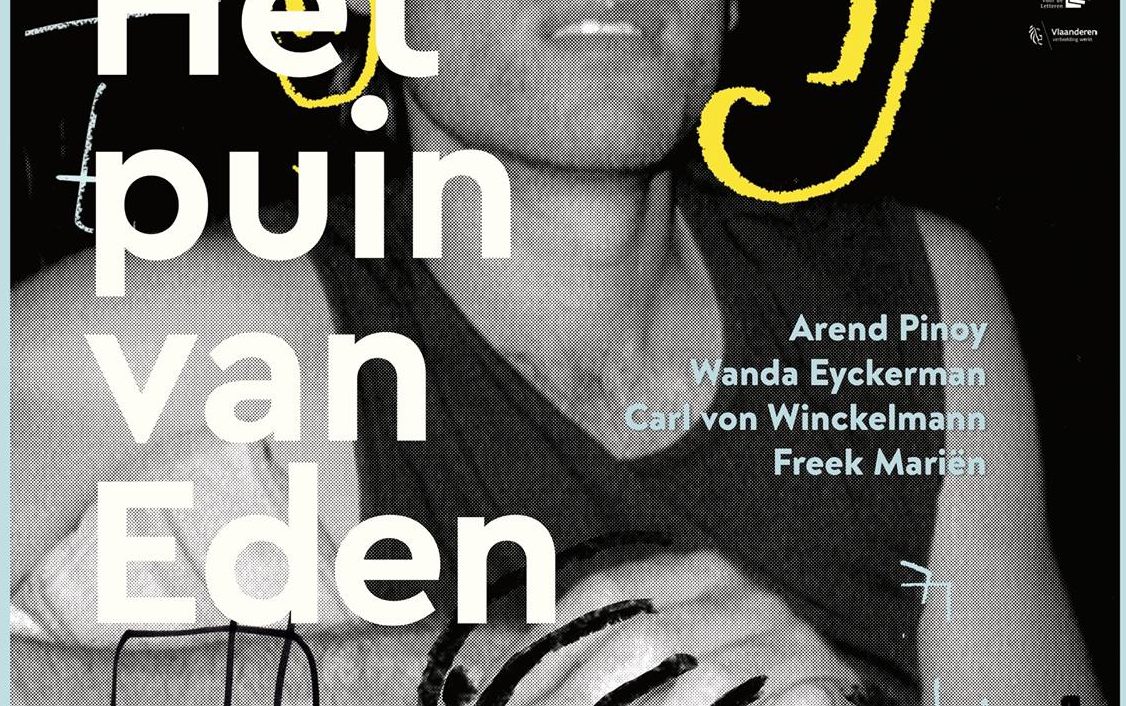